"During a solo kayak trip, intended to go from from Ketchikan, Alaska to Petersburg, Alaska, a bear attacked my kayak.

This incident occurred outside of a US Forest Service cabin in Berg Bay, Wrangell District, Alaska. I had just carried my tent, food, and all my gear into the cabin to dry while I went on a 4 mile hike that begins just behind the cabin."

I heard something outside as I ate my lunch, and well, I never got to go on that hike. This video is taken 5 minutes after the attack began, he continued to gnaw on it for another 5 or 10 after the video ends. Shortly after the bear left and I drug the kayak back to the cabin door step. Then I swam to the S/V anchored in the bay.

They did not have their radio on and I feared I would be stranded! The German flagged S/v Caledonia took me and my things to Wrangell where I am trying to repair my kayak now."  via Mary Maley:

If her voice seemed a bit much, and the response wasn't the way you would have handled it, how would you handle this situation?  Comment below.  Here's a link to good knowledge of how to deal with bears in the wild.  Thankfully no-one was injured in the above footage.

If you're this far from anything, you likely need a battery backup system that will hold a lot of juice, and is rechargeable by the sun.  These guys are doing that very well: 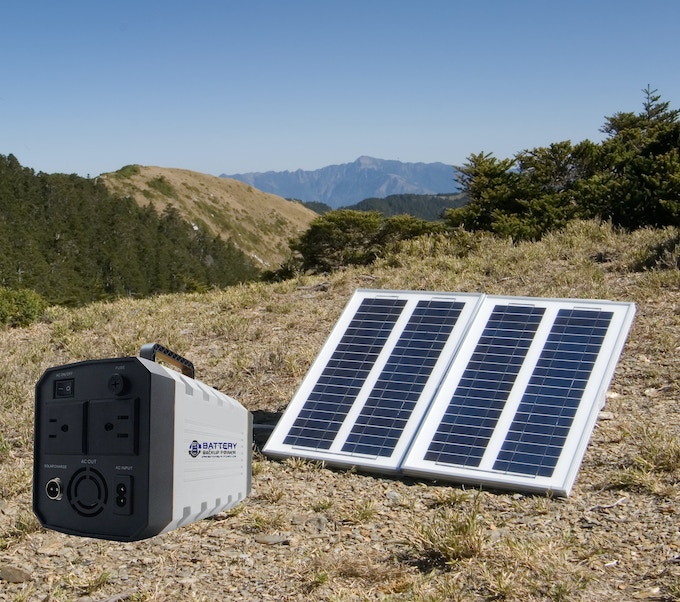 26 amp hours of juice that will charge up with the solar panel in 4-6 hours, or use your vehicle or wall outlet to charge up.  It's got a 500 watt (1000w peak) pure sine inverter, 2x 120v wall outlets, 4x usb ports, a solar panel port, a readout to tell you how much energy is left, and the whole pack is only 7 pounds.  It's retailing for $399, which is cheaper, longer lasting, has more ports, and is much lighter than the Goal Zero Yeti.  This is the next generation of power storage and supply, and I'm really excited about it!

Yes it's a little small for off-the-grid housing, but getting this off the ground will lead to a next step in that direction that will blow your sox off!  (Whoops... am I allowed to let that out of the bag?  ah well... I just did).  ~Dave Webster

When Eagles Hang With…

When A Herd Of Manatees…

Bear comes for a visit,…

Watch As This Hero…