Irma - The morning after - a personal perspective


Early on, the models showed a track to the west coast of Florida.

With Irma targeting us, we began to prepare quickly.  Just the fact that we live in Florida means we have to own a generator and a bug-out trailer.

Since living off the grid in Depew Oklahoma (camping-rough style) in 2012, we have been through a lot of transitions both personally as a family, and as a role in off-grid living.  Little did I know that all of that preparation could lead to this.... Hurricane Irma and 6 million people in mainstream America without power.  It warms me to know how many people have embraced off-grid ideals and the skills necessary to prepare for such an event.  Rocket stoves, dakota firepits, efficient housing, self generated forms of energy and backup systems have put people in a good position to get through this.  Facebook and social media formats have offered us communication like never before where all of us become reporters of events that we see and encounter.

We prepared as we were able, packed up what we could, then expecting the eye to hit Miami.

I prepared as if we would lose our home in spite of it going the other way.

Our home sits on the water...

After we left, it took a turn for the worse, and headed right for home.  We went to Orlando, after over 40 attempts to book a hotel, finding something available.  I (and my children) couldn't have been more pleased with the location, since the one that came available was at Walt Disney World - All Star Sports Complex.  We had been so stressed, making decisions about what car to save, what to bring, what to let go of, that Disney was warming to the heart.

The first question I asked when I came to the check-in window was "do you have generators?"  The response was, "Our generators have backup generators."  I know Disney has a massive solar system, and I'm not sure how it's set up, but they really have things done right.  Power lines are underground, and they are like a country into themselves.  The buildings are stable and strong, efficient for energy because of the heavy concrete construction, not phased by the winds, and set to last.  Emergency teams from all over are here planning and preparing to get out there and save people and clean up the state.  Internet signal is fine, and I couldn't think of a better place to be right now.  Our home was destined by forecasts to be under 15 feet of water.  I'm thanking God it's all still there and okay according to a new friend we met on the Next-Door app who drove by for me.

Some of the greatest needs right now are going to be water supply, and getting it out to the people. Following the passing of the eye wall last night, it has been cloudy and cool so far today, so those without electricity can stay cool, but their refrigerators will be spoiling food soon and whatnot.  Those with generators will have a solution, but that comes with its own issues.  When people get hot, babies cry, mothers get upset with their husbands for the decisions made that put them in the predicament they're in, and the storm is only the beginning of frustrations.

The further off-the-grid your lifestyle may have taken you, the more insulated you are from many of the problems fated by the masses in one sense, however, there are other factors that could make life very complicated.  For instance, without the infrastructure that highways plan for, flooding can be a real issue depending on the lay of the land.  But I've heard it said that Florida didn't have the kind of troubles Houston had for a number of reasons.  One of those is that Houston is all paved, and water has to run everywhere.  Florida is basically sand, and it soaks up most of the water.  It doesn't have to all run to somewhere.  There is much to consider in pre-storm planning when it comes to construction, and Florida has done a great job of that through intense hurricane building codes.  I give Kudos to Walt Disney considering we were able to sleep through without noticing the storm in the first floor of this concrete building.  It sure gives a feeling of security.  We have power, plenty of supplies I brought, the children are distracted and enamored by the Disney amenities, and I come out looking like a hero to my wife whether we lose our home or not.  When we heard about the 15ft surge probability, we had to deal with the loss before it even happened.  The children were mourning the toys left behind, and I the two cars back home and all the good furniture.  It was a fantastic joy that our home was spared!

I can only say that the perspective I have gained now that I'm involved in the encouragement of solar installation is the idea that every home, whether or not it generates its own energy, should have an in-line battery bank like a laptop computer.  When the power goes out, it runs for a period of time following, and calculates the usages.  If the power goes out,  your generator powers the batteries that power your home.  If you start to run out of juice, you wait til it charges up before running big things.

You may have seen me promoting the inergy Kodiak box on the Living off the Grid page.  It's a fantastic solution for todays' problem, and if you would, help me get the word out to emergency response teams!  We run our generator when necessary, and charge up the box while powering other things.  Then at night, we can bring the generator in, charge our phones, computers, power the refrigerator, microwave, etc, all without needing to re-fire the generator.  Then we start it up again as necessary.  It also charges quickly by solar or by cigarette lighter adapter with the vehicle, so every facet of life has a way to charge it back up.  I use it as the core of my power bank for my solar-charging truck.  It's a little late now waiting on the shipping infrastructure to get going again, but when it does, people could be without power for a long time.   You can also utilize a basic power inverter to charge your devices with your vehicle battery.  Starting your car for about 20 minutes will charge it back up when it starts to get low.  Be careful not to drain it so much you can't start it.  That's where it's nice to have a solar battery charger of some sort.

Clean water is critical in this time, and there are a number of ways to get it.  If you didn't buy a LifeStraw or Berkey or other water filtration system, you could find a pine tree and try this method, or just start a fire and boil some if you must.  You may also create a home distiller.

Stores will open eventually, but for now it's hard.  Also, if you're out of money, and you dont have a backup resource, or emptied your pockets to get through this, you might need to find a way to a shelter.  Where are they?  The hardest thing about running out of power, phone battery, internet signal is... you now don't know where to go.  If you're out of money too, then when the stores open, you still can't deal with it.  These are the times we must rely on others.  Stealing and looting has been happening, but is not an option.  Rely on friendliness, neighbors, walk around and let down your pride, express the need, and see if you can find someone who prepared better than you.  There is lots of love to go around to someone who is kind and willing to help.

Watch this video on Hurricane Donna many years ago.  It followed the same track on the same day, and hit Marco Island at the same time.  This isn't the first time for a big hurricane, and it won't be the last.  More than 2200 people died - and as they put it, it was almost all tourists who didn't know how to prepare for what was to come.  Let's be wise in our planning, wise in our recovery, and we can all get through this every time.

Living Off The Grid 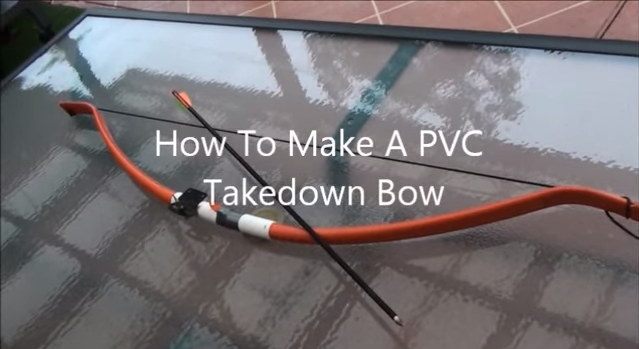 How To Make A PVC…

The Hazards Of Raising…

What Is An Indian…

How To Make Bacon…

So I decided to build…