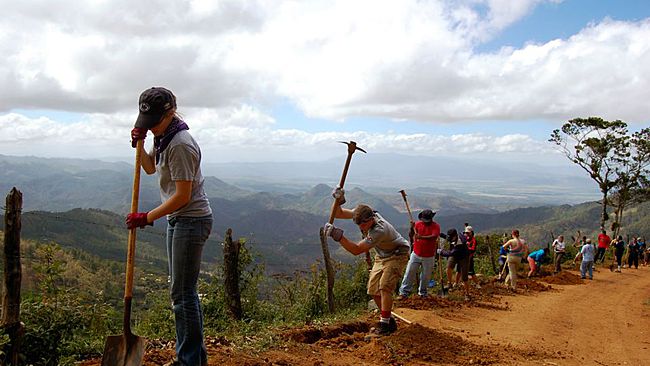 Droughts and floods account for as much as 80 percent of economic losses across the African continent.

"The places with the highest levels of food insecurity and hunger are the places most exposed to climate risk, and that's really because most food-insecure people don't have access to good irrigation systems, definitely not greenhouses, and they barely have access to high-yielding seeds and agricultural inputs like fertilizers. So their crop yields are almost entirely determined by the level of labor they put into their soil and how much it rains, when it rains and the distribution of the rains," Choularton said.

Natural disasters impact crops by determining how well they grow or by destroying existing product. Floods, cyclones and other damaging events can also deposit materials, such as sands, onto agricultural fields and into irrigation systems. As a result, the area's ability to rebound following a major weather event is severely inhibited.

"Weather hazards destroy crops, homes and other assets, but they also have an enduring impact on nutrition in the immediate aftermath of a disaster and over the long term," Choularton said.

One study highlights that more than 20 percent of variation in height in developing countries is determined by environmental factors, particularly drought.

Drought has severe impacts on dietary diversity and reduces overall food consumption.  Studies from Bangladesh show increased wasting and stunting rates among preschool children after floods, due to reduced access to food, increased difficulties in providing proper care and greater exposure to contaminants.

Teaching communities how to become self-sustaining is the goal of WFP. Part of their mission statement is to provide food assistance to almost 100 million people each year in 75 countries, most of whom are recovering from floods, droughts and storms. The goal is the same on the collegiate level too.

For example, Penn State's chapter of Global Water Brigades works with communities in both Ghana and Honduras to design and implement water systems to increase access and quantity of water. This not only prevents communicable illnesses in communities with limited access to clean water, but also promotes sustainable ways to use water in crop cultivation.

Chapter Co-President Kieran Carlisle said that adapting to an area's weather pattern is key to designing a sustainability plan.

"In Ghana we understand that there is a drought season and a rainy season so we'll go into a community and build rain water harvesters that collect water off the roofs of their homes during the rainy season. We also teach them how and why you need a filtration system because even then the water isn't its cleanest. These communities usually collect their water from the lowest part of the village where there is a lot of waste," Carlisle said. 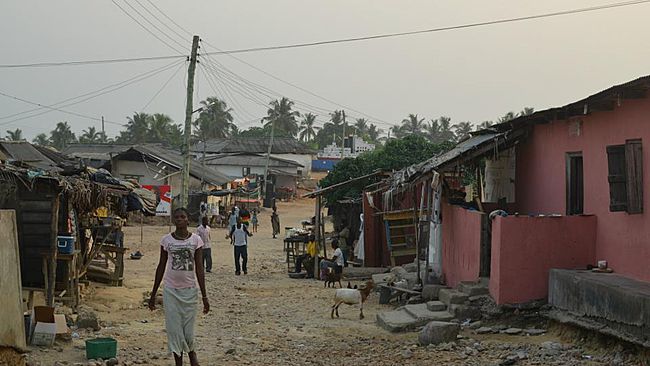 Almost all agriculture in Africa is rain-fed and highly sensitive to changes in rainfall, and when there is no clean water or during drought season, it can lead to significant economic losses and crop production suffers major losses.

Penn State's Global Water Brigade is just one of multiple university organizations that attempt to make a difference in these areas affected by severe weather. The president of Penn State's Global Environmental Brigade has worked with several communities in Panama adapting to the tropical maritime climate.

"We've been to Panama in June and this past March, and the temperatures were anywhere from 96 F to 98 F with very high humidity and intense afternoon showers. Students were having problems working under these conditions, and we realized the locals need new practices to help them cope with these severe conditions as they attempt to farm," Johnson said.

Teaching the locals to work with their landscape is something that Johnson's group provides to farming communities. Constructing greenhouse beds that run perpendicular to the slope of a hill, for example, is one of their main projects. This allows the intense afternoon rain showers to collect and water runs into the beds instead of flooding crops.

"It's called contour cropping where we work around the landscape and use the shape of the land as a natural irrigation method," Johnson said.

Penn State's Global Environmental Brigade also plants permaculture fields, a form of sustainable, self-maintained agriculture where the same crops return each year, usually is something that can thrive in that environment. Yuccas and yams grow in Panama, but Johnson said these native crops do not always provide nutritional value.

"We make sure to teach them how to plant and maintain crops like tomatoes and cucumbers, to introduce new nutrients into their diets. We'll put mesh roofs on our green houses to protect the crops from the harsh sun and allow them to grow," Johnson said.

Even communities in the United States, the land of milk and honey, are running dry and are in need of new ways to defeat food-insecurity.

"Forty percent of food in the U.S. is wasted and in 2012, 49 million Americans lived in food-insecure homes. If we could do a better job of food redistribution, we might not have to produce as much. But it's important that people know how to produce wisely," Hunt said.

Weather conditions worldwide affect the food we see at the domestic table and how much we pay for them.

"People don't realize that weather that affects crops in one part of the world will affect crops and pricing elsewhere. For example, the current drought in California affects so many different crops and we're probably going to see severe weather events like it continue to affect farmers, consumers and the entire world if no one understands how to deal with it," Hunt said.

Weather-affected crops and therefore food-insecurity are growing issues, but there is hope by being a wiser consumer and even becoming a sustainable grower.

"We all need to focus on how to make our own communities more resilient and how to work with food-insecure communities around the world to do the same. In the places we work, significant investments in restoring degraded ecosystems and in supporting livelihoods that help feed us all sustainably are critical. But only if people are food secure and can feed their children will they be in a position to make this happen," Choularton said.

So This Is Off-The-Grid…

Off Grid Bar In The…

In The Amish Bakery…