Residing in metal transport boxes has recently become a thing. So much so, in fact, that stories about it are already getting stale.

Then along comes Jason Rioux to show us just how awesome it can be. 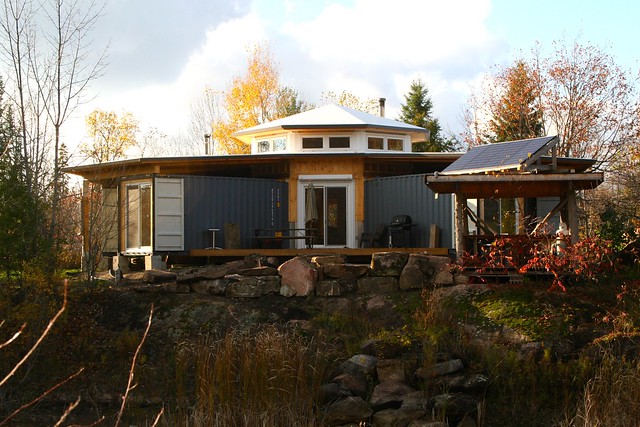 Jason’s summer home is an Panopticon-style showcase of container chic living near Bobcaygeon, Ontario, a town otherwise known as a Tragically Hip song. Except instead of watching prison inmates, the dwelling’s lofty octagonal centre offers a perfect vantage point for all seven container rooms that sprout outward like petals. There are several bedrooms, a kitchen, dining room, mudroom, rec room, and bathroom. 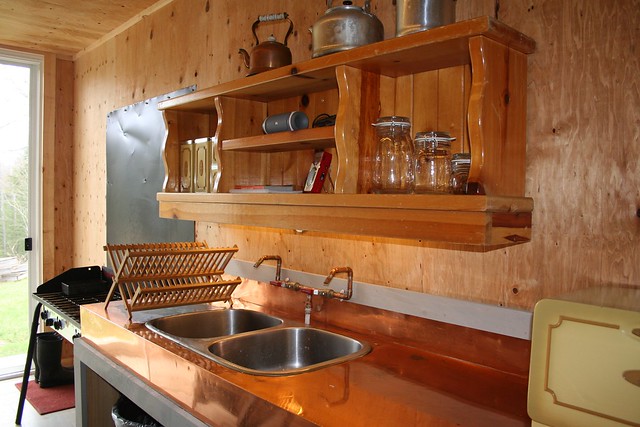 It doesn’t seem confined to the standard monetary modesty of this particular lifestyle, but his design is indeed very economical. 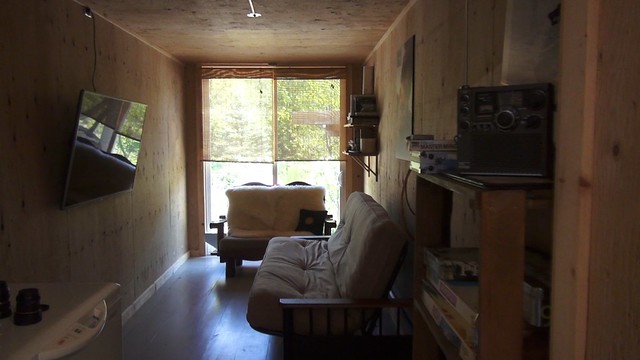 The 1,450-square foot Octopod comes at a cost of $130,000 (less than $100/square foot) and is incredibly efficient in its energy use. A 4-module solar PV system powers the entire cabin while a solar-powered DC trickle pump independent from the cabin’s energy hookup takes water from his well up into a 300-gallon water tower above the central living room. The water tower design allows gravity to dictate water flow instead of an electric pump. 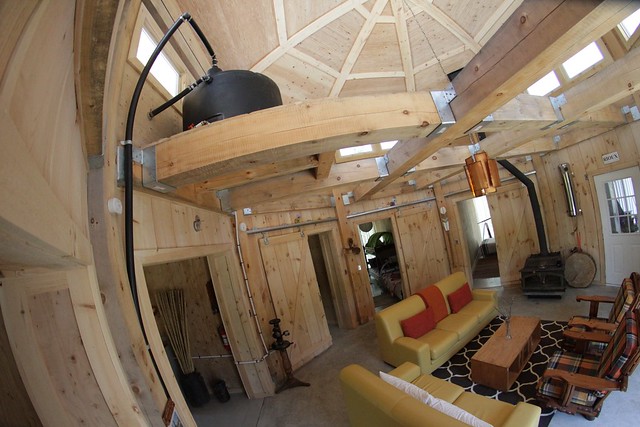 A Finnish sauna and hot buckets of water for bathing are heated by a wood stove, which also heats the entire space through a DIY method of $2 computer fans dispersing hot air into all eight rooms. 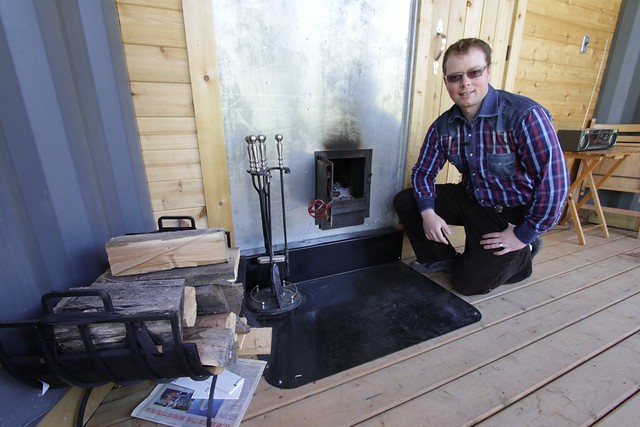 Some people have no patience.

The Purpose Of This…

How About A Big Box…