Hawaii is a microcosm of our planet.

"When we make the switch from consumers to producers, we no longer depend on the very systems we attack and we come true revolutionaries. Food and shelter will always conquer bullets and words. "

All profits from this film will go towards supporting education and to those families who've been directly affected by pesticide exposure.

This documentary is about a growing movement of people who are fed up with an industrial agricultural system that is reliant upon fossil fuels and chemicals.

By sharing Hawaii's struggle, we aim to create a film which can be used to inform and inspire people to go beyond the issues and the activism and actually participate in taking back our food supply.

In addition to the film, we are proud to be partnering with The Ecology Center to provide you with the educational resources to build community and grow the change we all want to see in the world.

Beyond the GMO Debate

The Hawaiian Islands are now home to more genetically modified crop experimentation than anywhere else in the world. Most of the companies producing these seeds also produce the chemicals they are sprayed with. While it is argued that the dangers of genetic modification are neglegable, many of the pesticides which they are grown in concert with have long been proven to be harmful to public and environmental health. Many local farmers feel that GMOs are a potentially valuable tool for combatting year-round insects and plant diseases without pesticides and think that to judge the technology with chemical farming is unfair. Other farmers want to ban the practice altogether, in fear of uncontrolled cross-contamination of their organic crops through pollen drift.

People on both sides of the debate agree is that the pesticides, long used in industrial agriculture, have been toxic to public and environmental health and our culture's the reliance on fossil fuels to grow our food is unsustainable in a peak oil economy.

The main point of contention is that many feel the companies are using more pesticides with GE seeds, while some say that GE technology is creating a lessor need for them.

I’m not taking side about GMOs in this film because I am not a scientist, what I am taking a stand for is the untapped potential of local and diversified agriculture. 100 years ago, 1 in 3 people were farmers, today it is less that 1 in 60. Whenever you outsource any part of an industry to large corporate interests you are going to sacrifice quality for efficiency and convenience. We have a large problem with unemployment in my generation and more and more of us are seeing the connection between our health the quality of the food we eat. Because of this, we are seeking to take back our power by growing our food.

As a result of agricultural practices developed during the Green Revolution, we have become more efficient at producing large quantities of food. However these gains in productivity have come with a number of rising economic, environmental and public health costs.

Whether you are consuming an apple, a beet, a berry, or a cow, you are ultimately what your plants and animals eat. The health of humans is directly related to the health of our soils. Many of the gains reported by industrial agriculture are the result of farming practices which exhaust soil health and invite weeds, pests and disease.

Nature creates stability in its ecosystems through an intricate web of species interdependency. As long as we rely primarily on vast monocultures (endless acres of corn and soy) we are fighting nature. This fight creates a dependency on fossil fuel and chemicals for our food.

Because they live on islands with limited resources, the Hawaiians have become canaries in the coal mine for food issues that are affecting the entire planet. Hawaii currently imports 80-90% of their food supply from elsewhere in the world. Because of this, Hawaii is home to some of the most expensive food prices in the United States. Food shortages are becoming more common across the islands as extreme weather events like hurricanes disrupt the Pacific shipping routes.

Less than two centuries ago, native Hawaiians fed their large population through some of the most historically sustainable agricultural practices ever documented. Today, with rising prices and lack of access to healthy food, Hawaiians are galvanizing at a local level to grow nutritious food in their neighborhoods. 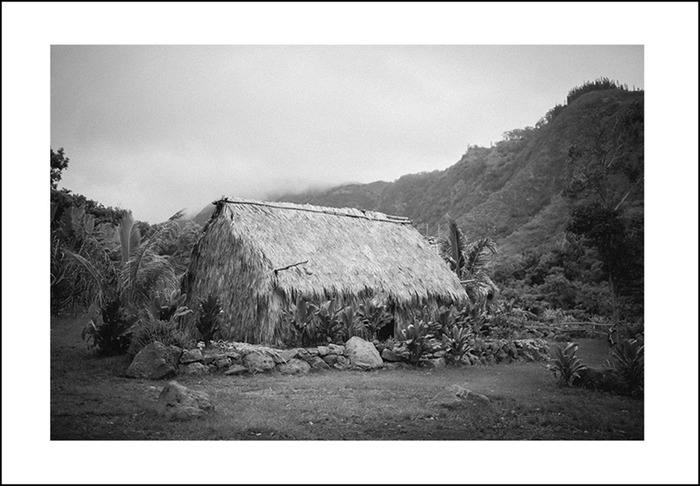